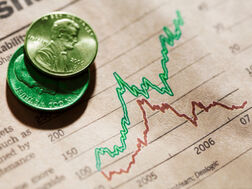 The economy of a region will determine its GDP , which determines that region's contribution to GEO funds. Maintaining a stable GDP is crucial to keeping programs active, both in the region and worldwide. The wealth of a region, and a strong economy, also leads to a strengthened HDI, which translates to faster Research advancements.

The exact breakdown and efficiency of a region's economy leads to more intricate consequences. The three economic sectors are Agriculture, Industry, and Commerce, and they are rated in that order. Agriculture is the least lucrative sector, and requires a low skill level, but also produces food. It needs oil, gas (or synthetic equivilents) and water, as well as some energy and transport. Industry is a more sophisticated vocation, and adds more to a nation's GDP. However, it is also the most polluting economic sector. At first industry uses quite a lot of coal, as well as oil, transport and energy. The most advanced sector is Commerce, which creates an enormous amount of wealth, but requires an educated and stable population. It uses transport and some energy. It also does not produce any goods, and the rampant growth of financial speculation above material production, as seen in real world recessions, leads to a financial crisis.

Other than the elderly, underage, and chronically ill, there is a fourth 'sector' that also makes up the economy of a Region: its unemployed workforce. The percentage distribution of the 'unemployed sector' is the surplus workers who have no active role in any of the other Economic Sectors. Having a large number of long-term unemployed can be devastating, as the unemployed consume resources and other services such as social welfare, while not contributing to the region's economy to compensate like the employed. After an extended period, low employment will increasingly spread unrest as the unemployed become more desperate for both income and purpose, costing the GEO support and lowering the stability of the region.

Each economic sector (Agriculture, Industry, and Commerce) has it's own set of variables. The basic variables are:

There are several hidden variables which determine the performance of an economic sector:

The basic principle is, that workers (limited by the amount of available jobs and population) do work (determined by Work per Worker and limited by the Size of the Sector) which is then converted to GDP (dependent on GDP factors).

There are two imbalances that can arise in an economic sector:

If an economic sector in a region hits one of these imbalances it is useless to increase the wrong side of the imbalance. For example it is useless create more jobs or make jobs more efficient (work per worker) if there is not enough size.

The most common cap is the Size cap of advanced economies which are capped at Size growth per Turn of 0.075% (Basically static) once a region reaches Development Index 4.